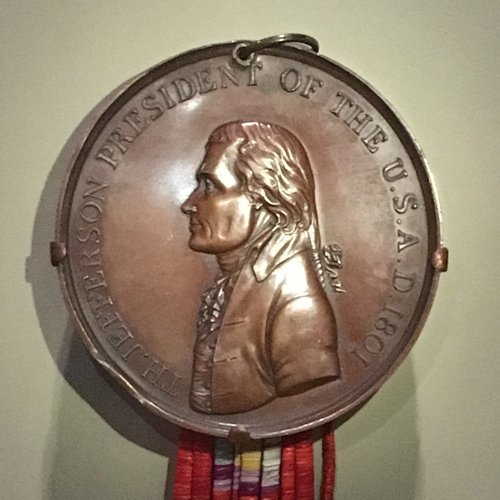 For three days in early March, YGSNA member, Zachary Conn, and Yale Native American Arts Council Member, Joseph Zordan, attended a multi-university workshop organized by of the D’Arcy McNickle Center for American Indian Studies. Held at the National Museum of the American Indian in Washington, D.C., this workshop included fifteen graduate students drawn from the Newberry Consortium for American Indian Studies (NCAIS) of which Yale is a member. It was led by Dr. Brenda Child, Professor of American Studies at the University of Minnesota, and Dr. Julie Pelletier, Acting Director of the D’Arcy McNickle Center and Associate Professor of Indigenous Studies at the University of Winnipeg. The workshop’s goal was to convene a community of like-minded junior scholars and to highlight the value of human-made objects as sources of scholarly evidence.

As Conn relays, “We spent Thursday immersed in the resources the NMAI has to offer. As we learned during our trip to the museum’s offsite storage facility in suburban Maryland, the NMAI is both a public-facing institution engaged in communication and an archival operation devoted to facilitating the preservation and study of thousands of years’ worth of material culture.” Such commitments to cultural preservation and tribal stewardship have led NMAI in a number of recent cases to repatriate objects back to the tribal communities from which they originated.

Workshop participants were encouraged to engage the vast trove of holdings. Both Conn and Zordan encountered objects central to eighteenth and nineteenth century Anishinaabe lifeways, many of which, according to Conn, he “had previously only known through books and documents.” Such items include birch-bark canoes, Anishinaabe cooking tools, clothing, games, and cradle-boards.

Objects of diplomacy also comprise NMAI’s holdings in these areas. Treaty medals imprinted with U.S. presidents’ faces, for example, were often distributed to Indigenous leaders by federal officials in recognition of the sovereign standing of Native nations both outside and within the expanding early American republic.

In addition to such research and examination, workshop participants also talked with NMAI leaders and toured its newest exhibitions, including the brand-new exhibit “Americans,” co-curated by Paul Chaat Smith and Cécile Ganteaume. The exhibit’s broad goal is to educate visitors who know little about the significance of Native Americans to American cultural history. It draws upon a wide range of familiar images and object found across American culture, including sports mascots, consumer products, and advertising images, among many others. Participants also discussed contemporary museum affairs with Director Kevin Gover (Pawnee), who came to NMAI after a long career in Indigenous law and advocacy. Afterwards, participants interrogated recent works that demonstrate the value of material analyses to the writing of Indigenous history, including Dr. Child’s recent My Grandfather’s Knocking Sticks: Ojibwe Family Life and Labor on the Reservation.

On the last morning, participants each gave a brief presentation drawn from their respective analyses of objects in the museum’s holdings. Conn focused upon the contrasts between what Anishinaabe cradleboards generally meant to the women who used them and to Anglo-American visitors to the Native Great Lakes who often derided Indigenous forms of female autonomy and authority. Zordan focused on investigating more familial histories as he researched and presented on a tribal police badge from the collection’s holdings, doing so in order to assess narratives of inter-tribal surveillance and policing.