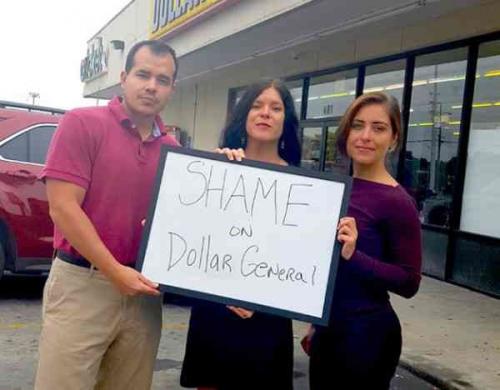 Yale University Professor Ned Blackhawk (History and American Studies) and Yale Indigenous Performing Arts Program Executive Director Mary Kathryn Nagle each recently collaborated in the preparation of amicus briefs in support of the Mississippi Choctaw Band of Choctaw Indians in their upcoming U.S. Supreme Court case, DOLLAR GENERAL CORP. vs. MISSISSIPPI BAND OF CHOCTAW INDIANS. This case, which begins with opening arguments on December 7, 2015, has the potential to dramatically undercut the sovereign authority of Tribal Governments.

Background to the case

In 2000, the Dollar General Corporation entered into a series of agreements with the Mississippi Band Choctaw Indians to open a Dollar General store on the Tribe’s lands in Mississippi.  Numerous national chains and corporations maintain commercial establishments on tribal lands, leasing lands, facilities, and related commercial venues for their enterprises.  Such leases and agreements form contracts that are executed by both tribal and corporate attorneys.

Dollar General agreed not only to lease lands from the Tribe for its retail business but also to enter into the Tribe’s Youth Opportunity Program, which places tribal youth in working environments.  In Summer 2003, a 13-year-old entered this program and was placed within the Dollar General store under the supervision of a store manager who, the minor and his parents allege, sexually assaulted him.  Since the United States Supreme Court, in 1978, declared that Tribal Governments may no longer exercise their inherent criminal jurisdiction over Indians who commit crimes on tribal lands, the minor, his family, and the Tribe looked to the local U.S. Attorney’s Office for prosecution. The United States declined to proceed with a criminal complaint, and the minor and his parents then sued Dollar General and its employee in tribal court, seeking damages relating to the child’s injuries. The District Court and Mississippi Band of Choctaw Supreme Court both sided with the minor.

If the Firth Circuit Court of Appeals ruling is overturned and not affirmed, not only will Dollar General and its employee be exonerated for the charges at hand, but also Tribes across the country may increasingly lose the long-standing forms of civil jurisdiction that they have practiced for centuries over non-tribal members.  In 1978, the U.S. Supreme Court in Oliphant held that Tribes may no longer exercise their inherent criminal jurisdiction over non-Indians who commit crimes on reservation lands, initiating a legal morass of jurisdictional problems for tribal communities attempting to protect their citizens from violent crimes.  In 2013, the Violence Against Women Act restored portions of the previously eliminated forms of criminal jurisdiction to Tribal Governments in matters relating to domestic violence protection, following a decades-long struggle involving countless under-investigated and unprosecuted violent crimes against Native families by non-Indian peoples on reservation lands. (http://ygsna.sites.yale.edu/news/sliver-full-moon-packs-yale-law-school)

Dollar General has argued that the Supreme Court should impose similar jurisdictional challenges for Tribal Governments in civil matters. Contracts, torts, licenses, and related forms of civil agreements all potentially may be impacted by this ruling, which, like Oliphant, would continue to erode tribal authority within tribal communities and across tribal lands.

Blackhawk and Nagle each participated in the drafting of amicus briefs filed in support of the tribe. Blackhawk contributed to the “BRIEF FOR AMICI CURIAE HISTORIANS AND LEGAL SCHOLARS” that excavates the long-standing historical practice of Tribal Governments exercising forms of civil jurisdiction over non-tribal members and details the similarly long-standing recognition of such authority by U.S. political and legal leaders.  For example, in 1934 the Solicitor of the Interior explained that tribal jurisdiction over non-Indians on tribal land “continues to this day, save as it has been expressly limited by the acts of a superior government,” and that “attempts of the States to exercise jurisdiction over offenses … between Indians and whites, committed on an Indian reservation, have been held invalid usurpation[s] of authority.”

Nagle (Pipestem Law Firm, www.pipestemlaw.com; photographed here with Pipestem Associate Abi Fain and Legal Assistant Joe Keene) drafted and filed an amicus brief on behalf of the National Indigenous Women’s Resource Center and 104 additional groups working to end domestic violence and sexual assault in the United States.  The National Indigenous Women’s Resource Center is uniquely “positioned to offer their views on the need for accountability in the community where the assault occurs, and accordingly, the necessity of tribal jurisdiction over non-Indians to ensure Native women and children are protected, regardless of their perpetrators’ race, ethnicity, or citizenship.”

Both briefs were supported by the Native American Rights Fund, which organizes supporting materials on behalf of tribal communities.