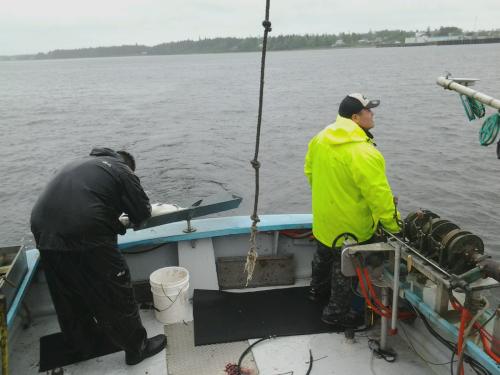 History Ph.D. candidate, Arielle Gorin spent much of the 2014 academic year conducting archival research in British Columbia, participating in the history and indigenous studies communities at the University of British Columbia and the University of Victoria, and conversing with members of the Haida and Tsilhqot’in nations. Funded by a Fulbright U.S. student award to Canada and several other grants, the research was for her dissertation, titled Cascadian Crossings: Contested Spaces and Stories in the Pacific Northwest Borderlands, 1846-1872. The project depicts the tumultuous years after the Oregon Treaty between the United States and Britain, when sovereignty over the Pacific Northwest remained far from settled.

Gorin’s work asserts the importance of the mid-nineteenth-century Pacific Northwest as a key site of international conflict, one that often gets short shrift in accounts of the continent-wide political transformations that swept North America during that period. More than that, her work’s focus on first-hand experiences in the Northwest — travels, conversations, acts of memory-making — leads to claims about narrative, method, and the writing of history. Each chapter opens on a present-day scene — a chat with a Tsilhqot’in elder in the mountainous British Columbia interior, a pig roast in Puget Sound, a librarian reminiscing about a transboundary police chase in Point Roberts. In revelatory case studies, she also explores ongoing struggles over space, particularly resource extraction, indigenous land title, and fishing contests. Methodologically, she makes an especially strong claim about the importance of indigenous oral archives, a knowledge base that historians of the nineteenth century (and earlier) rarely place on par with the written archive.

The timing of Gorin’s oral history research especially influenced her decision to incorporate present-day issues into her writing. She visited the Xeni Gwet’in and Yunesit’in Tsilhqot’in communities six weeks before the Supreme Court of Canada handed down its landmark ruling in favor of the Tsilhqot’in Nation in the Roger William case, granting that nation aboriginal title to a portion of its asserted territory. Her visit to Xeni Gwet’in included a conversation with William himself, who shared oral history about the 1864 Tsilhqot’in War — the subject of one of Gorin’s chapters — and helped her get in touch with other knowledgeable contacts. During her visit to Haida Gwaii, issues surrounding resource extraction, particularly the proposed Enbridge oil pipeline, were particularly prominent. In both locations, people tied these ongoing issues to the fraught histories Gorin’s dissertation explores, driving home the ways past and present intertwine.

Going forward, Gorin plans to complete writing of her dissertation this academic year and then revise it for publication as a book, incorporating further conversations with relevant Native communities during that revision process. She envisions another project evolving from this work, one that explores connections between the Northwest Coast and New England during the eighteenth and nineteenth centuries.