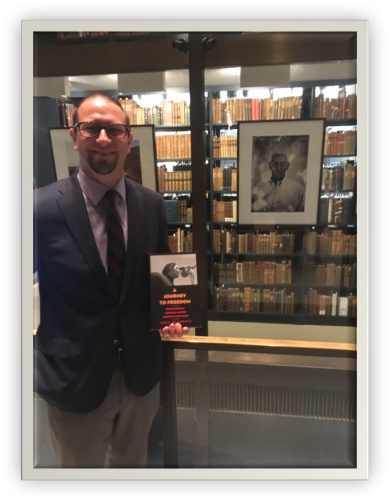 On October 1-2, Professor Kent Blansett from the University of Nebraska, Omaha, visited Yale University and celebrated the recent publication of his book, A Journey to Freedom: Richard Oakes, Alcatraz, and the Red Power Movement. Published in September by Yale University Press, it is the 9thVolume in the Henry Roe Cloud Series on American Indians and Modernity. A Journey to Freedomchronicles the under-recognized centrality of Mohawk activist, Richard Oakes, in the making of modern Native nationalism. Blansett is a Cherokee, Creek, Choctaw, Seminole, and Potawatomi descendant and active member of Native American Studies and U.S. western historical professional associations.

While Oakes’ leadership in the occupation of Alcatraz Island in 1969-70 has received detailed attention, few have examined Oakes’ full biography, family history, and community development or gauged the extent to which his leadership, ideas, and assassination galvanized broader currents in Native American activism. A Journey to Freedom centers such assessments and links them with broader understandings of the period and its legacies. As Professor Amy Lonetree of the University of California, Santa Cruz, notes: “A Journey to Freedom is a powerfully told and richly documented biography of one of Indian Country’s most important leaders…. (It is) exhaustively researched and brilliant.” 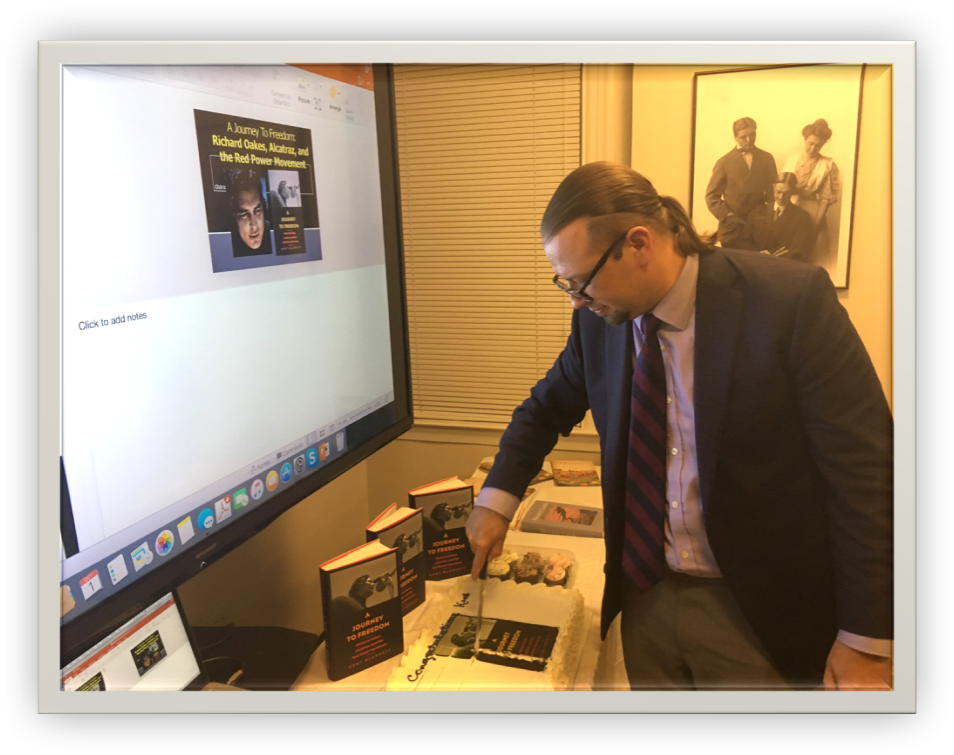 Students, staff, and faculty were excited to learn not only more about the history of Indian activism but also its ongoing legacies and growing commemoration. As Blansett relayed, the 50thanniversary of the Alcatraz Occupation will be held in November 2019 and is already creating excitement as well as organized efforts aimed at further recognizing this generative moment in contemporary American Indian history.