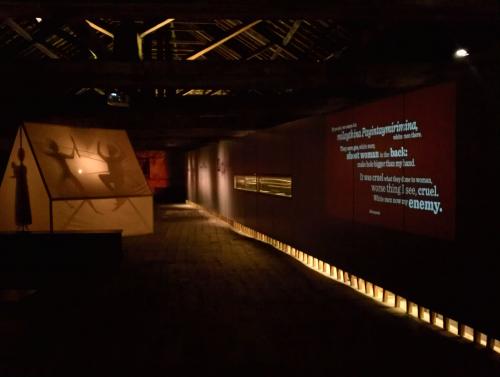 In May, YSGNA member Anya Montiel went to Australia as part of a Yale History of Art research trip. The trip consisted of research visits to museums, art galleries, libraries, and historic sites in Sydney, Melbourne, Adelaide, Canberra, and Tasmania. Graduate students accepted into the research program committed to taking two of three graduate seminars on the art and material culture of Australia and New Zealand taught by Yale professors Ned Cooke and Tim Barringer during the 2014-2015 academic year. Course themes included the visual culture of Australian penal colonies, images of the colonial picturesque and portraiture, botanical and scientific illustrations, the emergence of photography in Australasia, the Arts and Crafts Movement, ANZAC and the First World War, art in Van Dieman’s Land (Tasmania), and the representation of Aboriginal peoples. While in Australia, the group met curators, archivists, artists, and fellow graduate students.

Highlights of the trip included a dinner and discussion with Aboriginal artist Julie Gough whose maternal family is from Tebrikunna, Tasmania. Gough’s site-specific installation and multimedia work “uncover[s] and re-present[s] subsumed and often conflicting histories” of Tasmania, which continues the colonial narrative of Aboriginal removal then extinction (e.g., Truganini (c. 1812-1876) was considered to be the last full-blooded Aboriginal Tasmanian). Likewise, the group visited Bunjilaka, the Aboriginal Cultural Centre within the Melbourne Museum, which was developed through community consultation with the traditional indigenous owners of Melbourne. Bunjilaka, through exhibitions and performances, presents Aboriginal cultures, histories, and lifeways from its earliest days to the present. A campus symposium on students’ research is tentatively scheduled for September 2015.

[Photo from “Our Land: Parrawa, Parrawa! Go Away” permanent exhibition at the Tasmanian Museum and Art Gallery which discusses the invasion of lutruwita, now called Tasmania, especially during the Black War.]