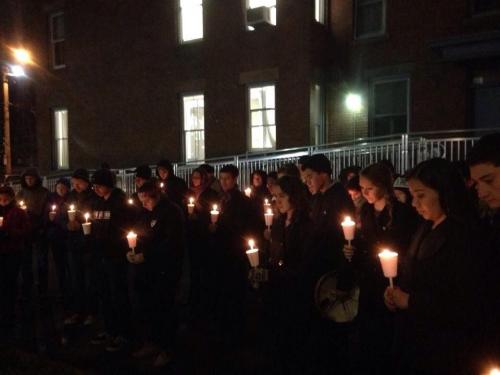 Story: November 29th was the 150th anniversary of the Sand Creek Massacre, one of the most infamous and gruesome moments in American Indian history. On that morning, throughout that day, into that night, and again the next morning, over 700 U.S. cavalry officers and militia soldiers murdered and mutilated approximately 200 Cheyenne and Arapaho women, children, and elderly in southeastern Colorado at Sand Creek. The massacre came during the American Civil War when western Union officers and militia units had for the fist time uncommon resources and multiple sets of new motivations to partake in military campaigns against Native communities. 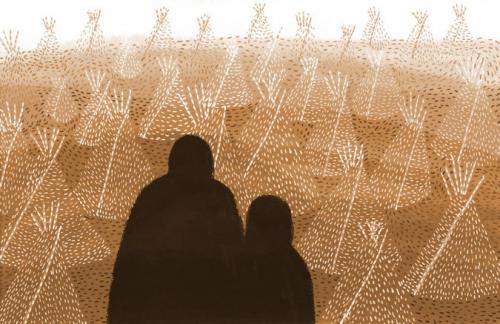 YGSNA faculty coordinator, Ned Blackhawk (History and American Studies) also published an op-ed in the New York Times on Friday, November 28th. The vigil and the Times essay called for a commemoration not only of the Sand Creek Massacre but also of the thousands of Indigenous peoples massacred, executed, and/or incarcerated during the U.S. Civil War. NACC and YGSNA members expressed hope that American institutions might begin observing November 29th as a National Day of Indigenous Remembrance and Survival.

Recognizing that no national holiday, national park, or federal office serves to commemorate the millions of Indigenous lives lost throughout the hemisphere following the Columbian Encounter, Yale Native American Cultural Center community members express the hope that such remembrance and commemoration may be forthcoming.