Yale, Columbia, and NYU Combine to Host a Teach-In on Genocide Denial 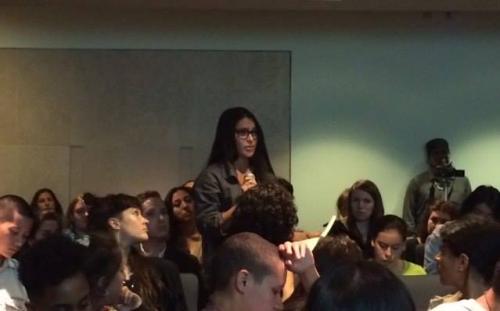 On September 22, community activists and Native Studies scholars from Yale, Columbia, and New York University met in lower Manhattan for a teach-in on “Genocide Denial in North American Popular Culture.” The occasion was held in conjunction with the United Nations World Conference on Indigenous Peoples and took place before a packed audience at NYU’s King Juan Carlos I of Spain Theatre. The panel included Audra Simpson, Ellen Gabriel, Ned Blackhawk, and Andrew Needham. 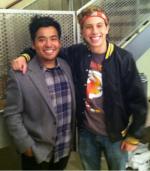 Following introductions by YGSNA coordinator Tiffany Hale and Colorlines editor Aura Bogado, Ned Blackhawk’s provided a critique of the way genocide is discursively described in academic and legal circles as something beyond the borders of the United States. Ellen Gabriel and Audra Simpson’s respective talks each focused on the issue of violence against indigenous women in Canada. Both Gabriel and Simpson described the ways in which such violence is built into the project of settler colonialism and statehood in Canada, with Simpson emphasizing the role of rape and ‘femicide’ and Gabriel underscoring the power of language of the UN Declaration on the Rights of Indigenous Peoples. Andrew Needham’s talk focused on climate and environmental issues facing indigenous peoples on the Navajo reservation and stressed the dependency of U.S. cities in the Southwest upon the extraction of energy resources from Indian lands.

The event represented an exciting moment of intellectual exchange between indigenous and human rights activists working within the United Nations and scholars of indigenous studies. The collaboration included an extensive conversation with audience members during the open mic/question and answer session. Students, community, and scholars from all three campus communities attended the event, which was collaboratively designed and supported by faculty at all three institutions.