Yale U.P. Book Launch for ­Josh Reid’s - The Sea Is My Country 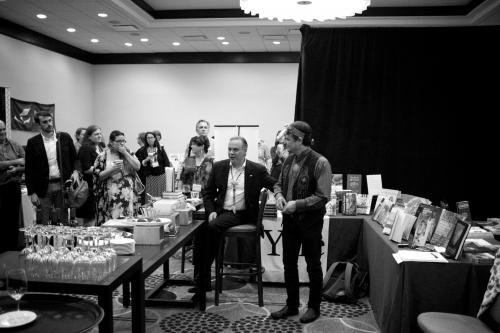 At the June meetings of the Native American and Indigenous Studies Association (NAISA), Yale University Press hosted a reception and book launch for former YGSNA member Joshua Reid (University of Washington), whose recent work, The Sea Is My Country: The Maritime World of the Makahs, provides a centuries-long assessment of the Makah’s changing economic, cultural, and political history. More than an assessment of the Makah themselves, Reid’s work examines the centrality of maritime resources, trade, and travel to the making of the Northwest Coast, underscoring the long-standing as well as contested ties between Native and non-Native communities throughout the region. Famous for their continued exertion of their 1855 treaty rights to hunt Pacific whales, the Makah’s deep whaling, fishing, and maritime history receives detailed analysis in this new work. 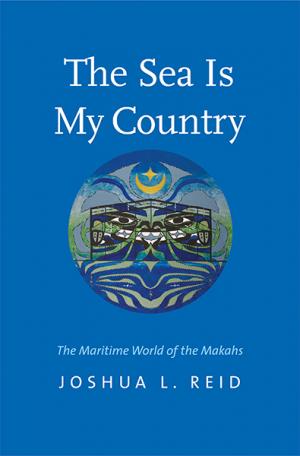 Attended by NAISA members and Northwest Coast tribal members—including former Councilman and Chairman for Makah Micah McCarty (photographed here with Reid)—the reception provided opportunities for NAISA, YGSNA, and conference attendees to hear about the making of this important study, to obtain signed copies, and to meet with Yale University Press leaders. Sharing songs and insights about the work, McCarty discussed the book’s cover illustration, “The Enlightenment of the Great Houses,” an acrylic painting he made for the book. McCarty also details this image in his Afterword to Reid’s study:

“Under the dark skies of colonialism, on the stormy seas of resistance, the image of a House of Great Power is illuminated by a whaler’s moon that holds that face of a thunderbird in man-face form, transposing a ‘great house.’ The turbulent seas of those past times of colonial conflict and resistance are juxtaposed in this image with symbols of the persistence of a people who have held onto their rightful places and vital lifeways.”

The Sea Is My Country is Volume 4 in the Henry Roe Cloud Series on American Indians and Modernity.