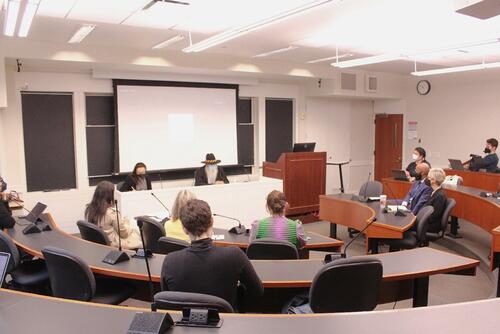 On September 23, the NYU-Yale American Indian Sovereignty Project hosted Senator for Western Australia and Yawuru Elder Patrick Dodson at NYU Law School. The Sovereignty Project collaborated with both NYU and Yale Native American Law Student Association (NALSA) chapters on the event, and students from both institutions attended in person and by Zoom. The event included a discussion between NYU Law Professor Maggie Blackhawk and the Senator with contributions from NYU Law professors Meg Satterthwaite, Kevin Davis, and Vincent Southerland. Olivia Guarna, second year NYU Law student and a member of NYU NALSA, opened the discussion with an acknowledgement that NYU is located on the ancestral homelands of the Lenape people followed by an introduction of the senator.

Senator Dodson was in New York to represent Australia at the United Nations General Assembly. During his visit at the UN, he worked to explain and advance the Australian government’s commitment to implementing the Uluru Statement from the Heart. At the Sovereignty Project event, Senator Dodson engaged in a conversation with Professor Blackhawk about his role as Special Envoy for Reconciliation and the Implementation of the Uluru Statement, and distinct yet, at times, overlapping, challenges faced by Indigenous peoples in Australia and the United States.

As Senator Dodson explained, the Uluru Statement from the Heart was issued by First Nations Peoples in 2017 at Australia’s First Nations National Constitutional Convention. The statement calls on Australians to support structural changes to the current system of national authority and decision making.

The first item called for in the statement is a constitutionally protected reform which gives First Nations a “Voice to Parliament.” A Voice to Parliament would provide First Nations Peoples an opportunity to influence the laws and policies affecting their communities through a body of First Nations representatives. Making the Voice a part of the Australian Constitution would ensure it cannot easily be changed by a future parliament. Because changes to the Australian Constitution are made through referendum, on which all Australians of voting age must vote, the Uluru Statement calls on all Australians for support. The second item called for in the statement is a Makarrata Commission, which would supervise agreement making between the government and First Nations and ensure a truthful depiction of history. In full, the Uluru statement calls for voice, treaty, and truth.

Senator Dodson and Professor Blackhawk also compared the different legal and historical landscapes that have shaped Indigenous issues in the United States and Australia. Despite these differences, Indigenous communities in both nation-states face similar social and political issues, including missing and murdered Indigenous women, high rates of incarceration, and struggles over access to housing.

As NYU Law student Olivia Guarna commented, “It’s a privilege, as a student, to learn from the Native voices the Sovereignty Project brings to campus. It was fascinating to hear about the ways Native nations in Australia and the United States differ in their approaches to gaining access to power and how those choices are informed by our varied histories and government structures. Senator Dodson and Professor Blackhawk’s conversation encouraged us to consider what lessons we might take from each other in this effort.”

Yale Law student Talia Rothstein shared a similar reaction stating, “As a law student in the United States who has also lived in Australia, it was an honor to hear Senator Dodson and Professor Blackhawk in conversation. Their comments were a reminder of the value of thinking comparatively about treaty negotiation, reconciliation, and the formal relationship between Native peoples and federal governments. As Australia moves towards a public referendum on a Voice, and hopefully implementation and treaty, I hope there will be more conversations like this one.” 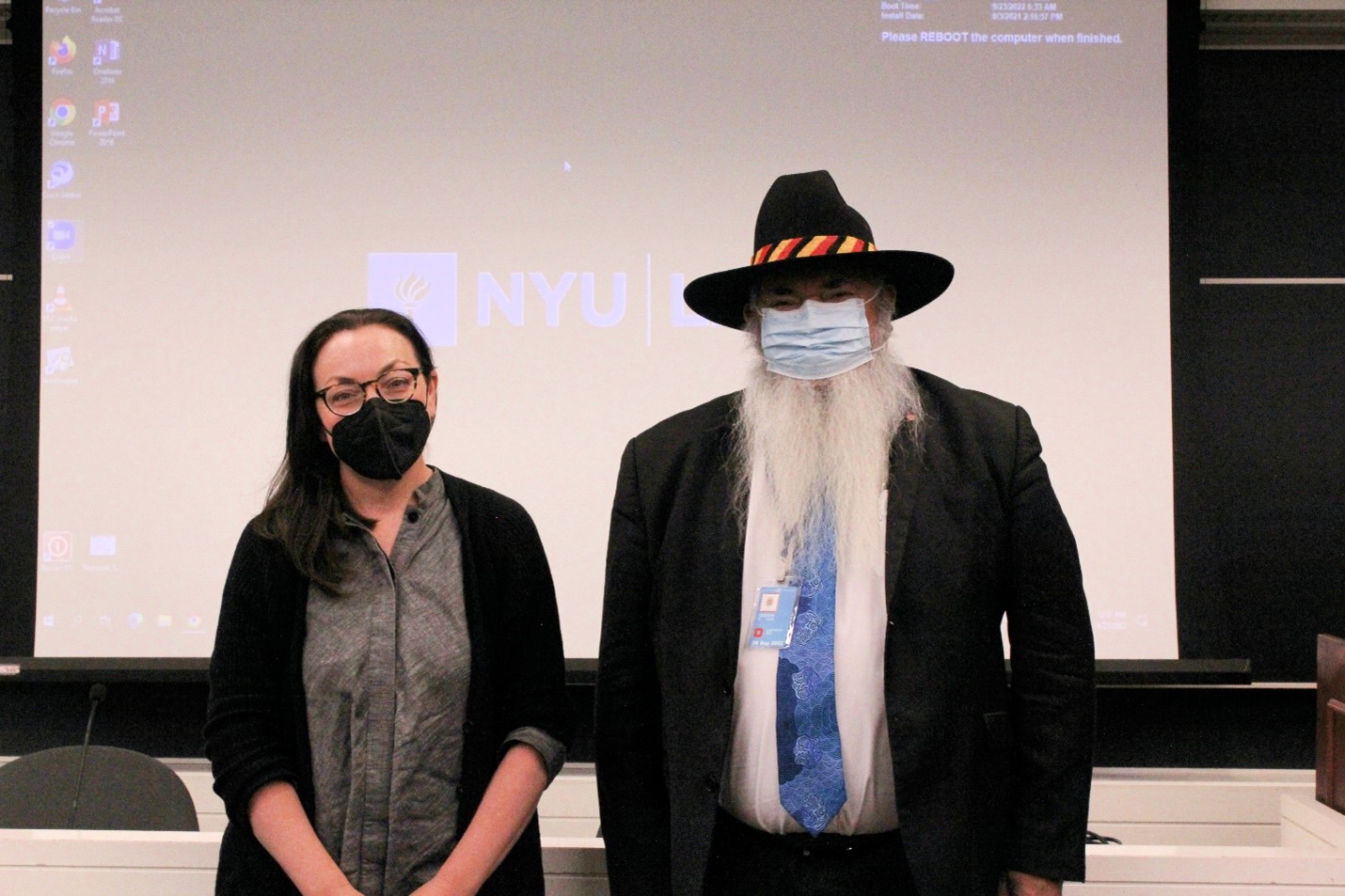