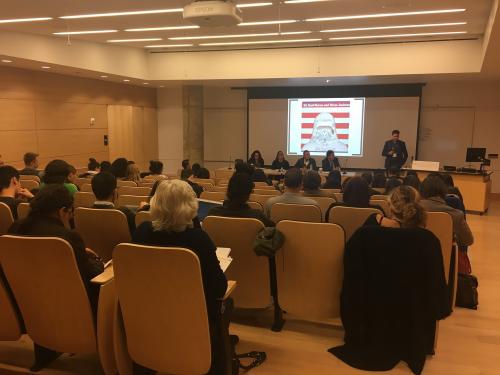 Founded in January 2016, the Yale Center for the Study of Race, Indigeneity, and Transnational Migration (RITM) has become a unique research and teaching unit on campus that promotes work on topics of critical historical and contemporary importance. Encouraging projects, courses, and research that span and connect disparate communities and experiences, the Center has recently concluded its first full semester of work. Highlighted by the arrival of two postdoctoral fellows, a weekend-long conference on American Ethnic Studies held in honor of Don Nakanishi, and nearly 100 sponsored and/or co-sponsored events, Fall 2016 was a historic semester on campus for Yale’s Ethnic Studies efforts.

The Center is committed to research and teaching animated by:

•     Intersectional analysis that explores how gender, race, sexuality, and other categories work together in crucial ways to shape the modern world.