NALSA Panel - Equality vs. Exceptionalism: The Role of Race in Federal Indian Law 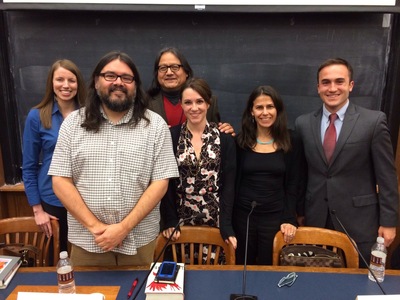 Panelists discussed the legal implications of placing American Indians into a post-racial framework and how the Supreme Court’s recent focus on formal equality has impacted the “exceptional” nature of Indian law’s particularized treatment of tribes. In particular, they addressed the following questions: How will the increasing illegitimacy of governmental racial classifications affect laws designed to preserve and advance tribal self-government and cultural survival? How can the tension between formal equality and the distinct status of Indian tribes be reconciled? Panelists argued that true equal treatment for Indian peoples means guaranteed sovereignty and difference, and that the Court should begin looking at international indigenous human rights as a method of securing Native rights and justice.