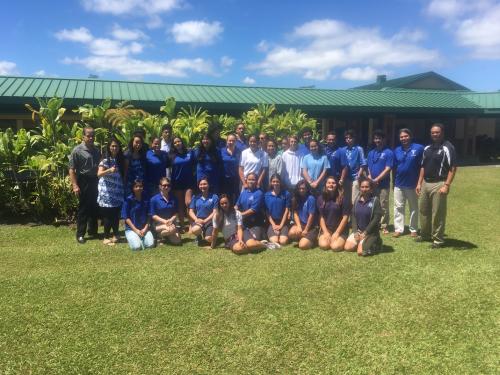 During the recent Yale-Native Hawaiian Cultural Exchange, Yale Indigenous Performing Arts Program (YIPAP) and Native American Cultural Center (NACC) students, staff, and faculty worked with students from half a dozen Hawaiian schools. Beginning the eight-day exchange at Pu‘ukhola Heiau with students from Kanu O Ka Aina, Yale students explored not only the sets of archaeological and religious shrines across the site but also learned about the historic as well as enduring importance of kalo (taro). Home to dozens of student-grown kalo beds, Pu‘ukhola provides an educational field-school for sets of cultural programs of the Kanu School, and YIPAP members learned about the dozens of Hawaiian words for the various portions of the kalo plant along with the cosmological importance kalo maintains in Hawaiian folklore. They also feasted on versions of the plant in the various campsite meals generously provided by the Kanu community, doing so in an extended effort to gain insights into the various linkages as well as differences between contemporary Indigenous practices. 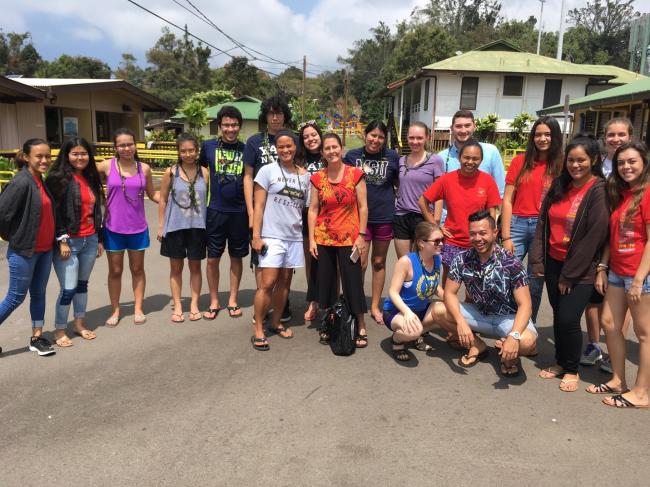 South of Kona, YIPAP members were hosted by the Miloli‘i ‘Opelu Project, an educational program organized out of this historic fishing community. As with the centrality of kalo to Native Hawaiian agriculture, ‘opelu fish remain integral to the region’s fishing culture as well as economy, and YIPAP students learned from Miloli‘i teachers, students, and elders about the ongoing importance of fishing to Hawaiian history and culture. 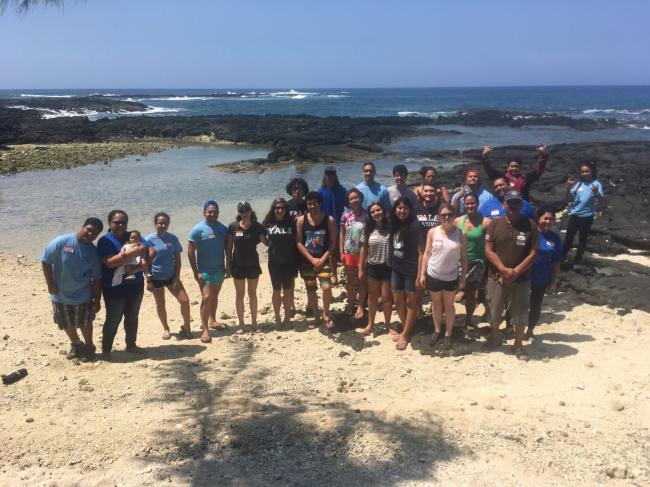 On the final few days of the trip, YIPAP members met with highs school students in Hilo, both at the Kamehameha School (KS) High School and at Hilo High School, discussing preparatory strategies for applying to, as well as skills for navigating, college.  At Kamehameha, YIPAP members also attended the annual performance of the school-wide production, Ho‘ike. Held in the school gymnasium and with a cast, choir, and orchestra composed of the entire student-body, this year’s Ho‘ike consisted of the production of two plays by Clarence Waipa: “Almost A King” and “Ka‘iulani.” 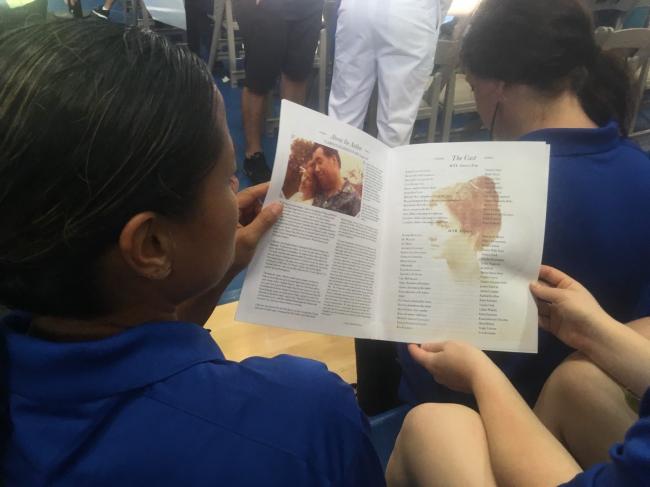 Each examines the lives of nineteenth-century Hawaiian royal family members during the turbulent period of American expansion and considers the varying challenges confronting the Hawaiian Monarchy in its efforts to ward off foreign influences and annexation.

YIPAP Members have reflected on their time in Hawai‘i. Yale College Senior Kodi Alford (’17), has relayed the following impressions of his experiences:

“Over this past break, I had the tremendous honor of joining the Yale Indigenous Performing Arts Program (YIPAP) on a trip to Hawaiʻi to recruit Hawaiian students to Yale, participate in various cultural exchanges, and help establish relationships between the Yale Native American Cultural Center and several Native communities in Hawaiʻi. The trip was filled with so much joy, hospitality, and love, and while the islands are stunning, they are far outmatched by the beauty of the people we met along the way. Words alone could never express the gratitude I feel for the various peoples who hosted us, from Kanu o ka Aina school, to ʻEhunuikamalino School, to Kamehameha Schools, to Miloliʻi to Mokuʻaikaua, and Jennifer Chai and her amazing family. These people made our trip so special, and I hope we were able to positively contribute in each of these places.

It’s extremely difficult to visit the islands without becoming complicit in the tourism industry… I expressed my concerns about our complicity in tourism to one local instructor, and told him that I hoped we were leaving a positive enough impact on the students to compensate for our contributions to the tourist economy. I was told that it was enormously influential for Hawaiian students to see other Native students represent diverse indigenous backgrounds at an institution like Yale. We had shown them that, even at an institution almost 5,000 miles away and that was never built for them, they could belong to a community that would support them and help them gain the skills and education necessary to help their communities and follow their personal and professional dreams… A solid thank you, ahéhee’, and mahalo again to everyone who made our trip so special!”

NACC Associate Director Kapi‘olani Laronal said that the trip provided opportunities to bridge the educational experiences of Native Hawaiian and Native American students and to learn more about the importance of particular protocols of respect and gratitude:

“It’s important in our own communities to do things with good intention and in the right ways… In Hawaiian, we say things should be done and practicd in a ‘pono’ way—that is, acting with a good heart, to give, to receive, to help and to heal.”

“I recently discovered through archival family history that my family traces back to the Big Island, which is where we spent our week together. Many of our local hosts heard of my Hawaiian descent and told me with warmth and love, ‘Welcome home’… At the time I didn’t realize this was more than a greeting — it was an affirmation that resonated to the core of my being and across many generations. In many ways, I was reaffirmed in having a connection to the people, language, land, and my identity as a Kanaka Maoli (Native Hawaiian).”