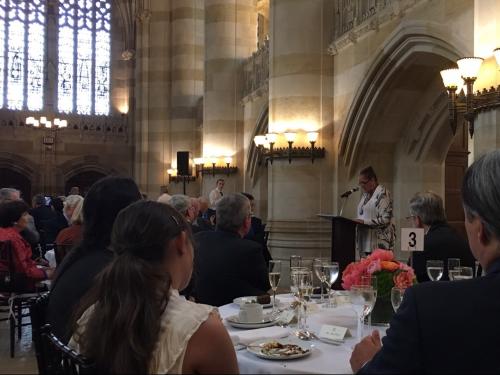 At this year’s Commencement, Mashpee Wampanoag linguist and Tribal Council Vice President Jessie Little Doe Baird was awarded an Honorary Doctorate in the Social Sciences. One of eight honorary doctorates, Baird was presented with an honorary degree for her work to help revive the Wôpanâak language.

Trained in linguistics at the Massachusetts Institute of Technology, Baird is the founder and director of the Wôpanâak Language Reclamation Project, an internationally recognized language immersion program designed to revive the once dormant Wampanoag language. Founded in 1993, the Reclamation Project and Baird have received numerous prizes and recognition for this decades-long effort, including a 2010 MacArthur Foundation award given to Baird. The Project has certified over a dozen language teachers, many of whom continue to work with the Project in Massachusetts in their educational and cultural programs training Wampanoag youth. 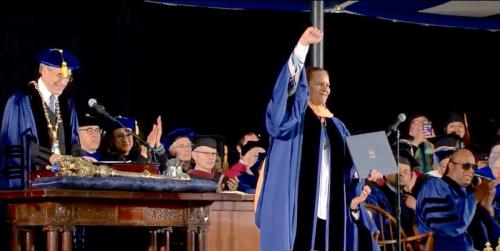 In addition to receiving her honorary degree on stage in front of thousands of Yale graduates and their families, Baird was one of two honorees invited to address University leaders, faculty, and other honorees at the Presidential Luncheon following Commencement. During her address, she spoke in both Wampanoag and English and relayed the long-standing legacies of peace, recognition, and education between Wampanoag and other peoples in New England. Accompanied by her family, she also attended the Native American Cultural Center’s afternoon reception for graduating Yale Native students. 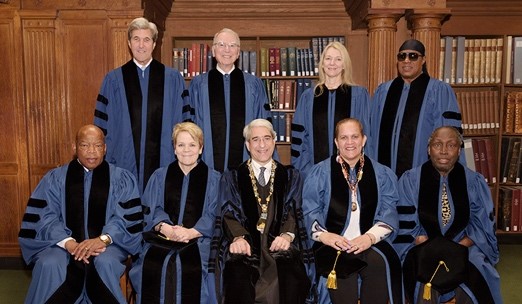