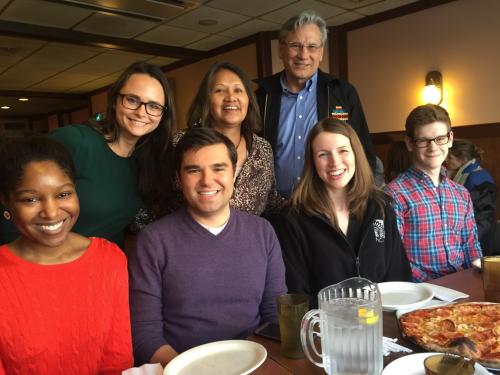 In their UN Global Colloquium co-sponsored panel presentation, Joshua Brown (Salish and Aaniiih/Nakoda Nations) discussed the various forms of language immersion and instruction that he has developed among Salish communities in western Montana and the state of Washington. Using video clips of Salish translations of popular music, his presentation emphasized the growing popularity of Salish among younger generations as well as the ongoing community efforts to make the language more accessible outside of class settings. Bobbie Gail Smith (Cherokee Nation of Oklahoma) discussed her experiences as a Native-speaker growing up in a multilingual community and how Cherokee communities in Oklahoma have worked to institutionalize their language in songs, schools, and youth choruses. Tekahonwen:sere (Melvin) Diabo (Kahnawake Mohawk Nation) offered insights into his deepening commitments to keeping Mohawk in use across his community, relaying his own pedagogical strategies as well as experiences as a child learning the language. Nicholas Tecumseh Charleston (Chahta Nation) shared his own growing commitments to Choctaw language use and instruction, highlighting his own personal journey to becoming a fluent a speaker. This well-attended session moderated by YGSNA member Professor Claire Bowern (Linguistics) and was followed by a reception at the Native American Cultural Center. Language teachers not only met with their respective students but also toured campus and New Haven with them, including visits to popular sites such as Modern Pizza, where Bobbie Gail Smith and her husband former Principle Chief of the Cherokee Nation, Chad Smith, met with the Cherokee Language Class for Spring 2016. (See Photograph)

This was the eighth meeting of the UNGCUP which examined the theme of the “preservation of cultural heritages.” 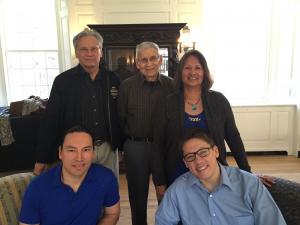 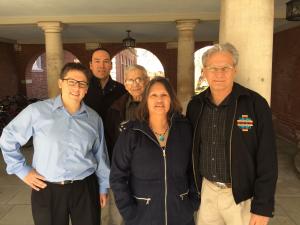