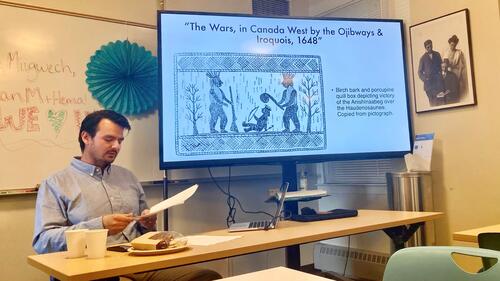 In late April, Henry Roe Cloud Fellow John Bird presented his paper on George Copway’s 1848 lecture at the New York Historical Society. The presentation was drawn from a chapter of his dissertation, which explores the lives and historical writings of three Anishinaabe writers: Bamewawagezhikaquay, or Jane Johnston Schoolcraft, Kahgegagabowh George Copway, and Francis Assiginack.

As Bird explained, George Copway typically introduced himself as “George Copway, a Chief of the Ojibway Nation,” and his lectures often focused on his work as a Methodist missionary in Canada. Copway’s lecture in March, 1848, at New York University, however, represented a major shift in his career. It was the first time an Indigenous scholar presented a paper before the New York Historical Society. It was one of the earliest recorded instances of an Anishinaabeg using English literacy and historical methods to challenge Eurocentric perspectives before a scholarly organization.

Copway’s lecture revealed the ways in which he sought to influence public discourse and promote an Indigenous and Anishinaabeg perspective on the North American past. The lecture focused on a military conflict commonly referred to as the Beaver Wars, and Copway began by placing the conflict within the context of previous scholarship. Rather than relying on European textual sources, Copway repeatedly prefaces his arguments with appeals to their origin in Anishinaabe oral knowledge. In fact, Europeans never appeared directly in Coway’s essay but only as distant background characters for contextual information.

One of the foundational ideas of Copway’s conception of history was his understanding of what counted as a ‘historical fact.’ While some scholars at the time drew from Indigenous oral traditions, few, if any, viewed them to be as valid or as important as European colonial records when it came to the writing of history.

By drawing together the lectures of publication of writers like George Copway, John Bird hopes to form a broader understanding of a nineteenth-century Anishinaabe perspective on the telling of history.

Bird is in his fifth year of a PhD program in history, supervised by Keith Thor Carlson and Benjamin Hoy at the University of Saskatchewan. His dissertation bridges the fields of community-engaged ethnohistory, intellectual history, and Indigenous literary studies and explores Anishinaabe historical consciousness from 1800 to 1893. Bird is a member of Peguis First Nation in Manitoba, Canada. Since starting the Henry Roe Cloud Fellowship in August, he has been living in New Haven with his wife Olivia and daughter Ariel. 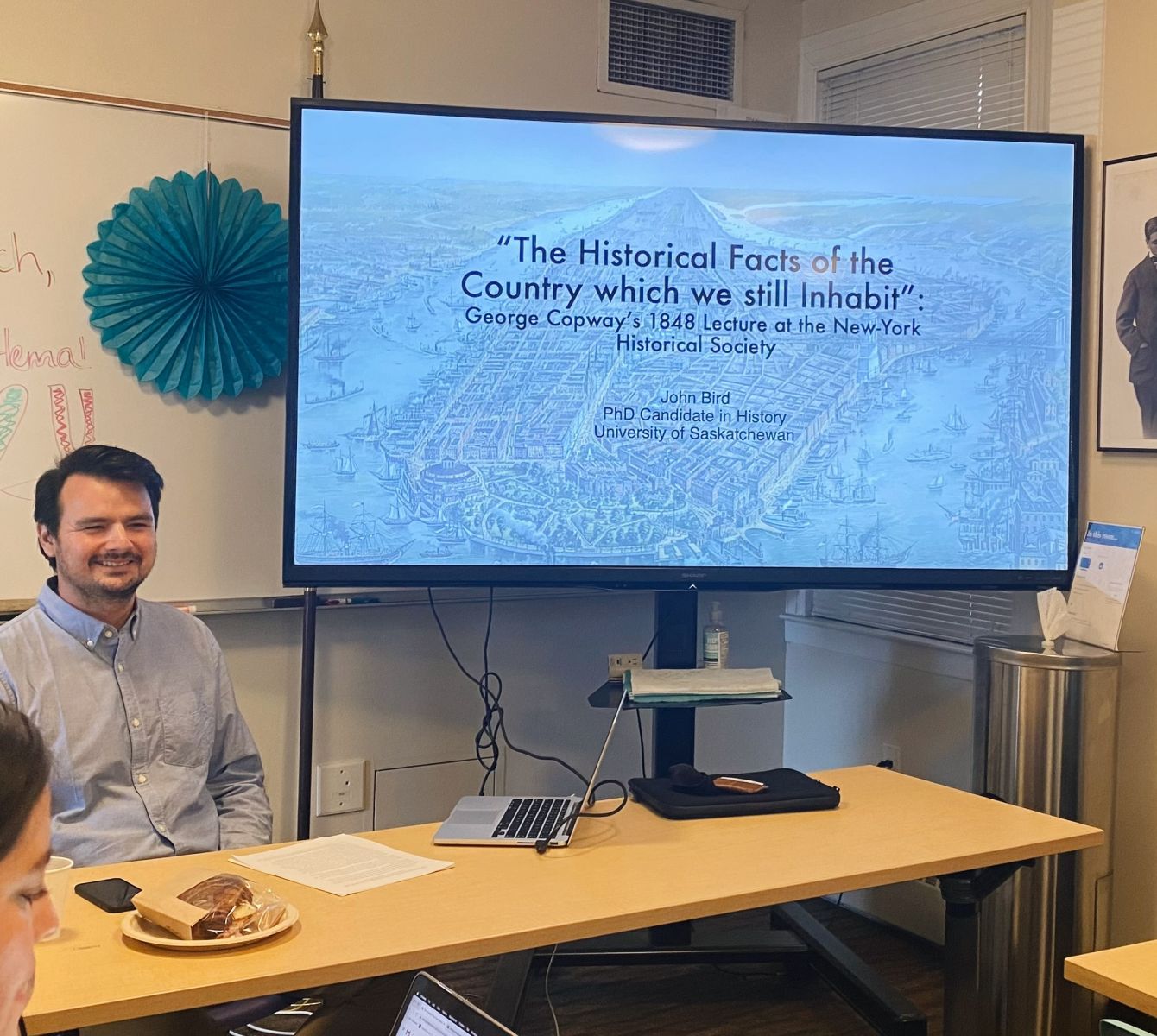