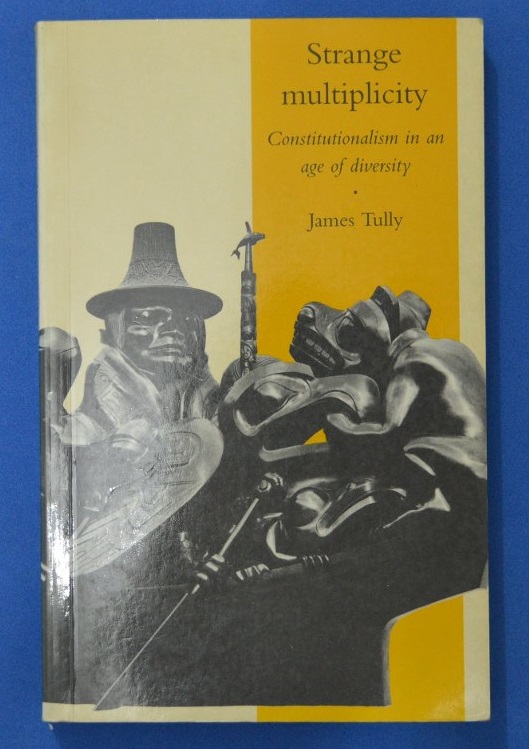 Last spring, YGSNA members received notice that their application to the Edward J. and Dorothy Clarke Kempf Memorial Fund to support faculty programmatic endeavors was approved, allowing YGSNA to convene the Fall 2015 symposium, “Strange Multiplicity at 20: James Tully and the past and future of indigenous studies and anti-imperial thought.” Hosted by the Whitney Humanities Center on October 1-2, this conference commemorates James Tully’s 1995 Strange Multiplicity: Constitutionalism in an Age of Diversity. Widely regarded as one of the leading philosophical texts of the past generation within contemporary indigenous studies, intellectual history, and political theory, Strange Multiplicity assesses the deep faultlines within contemporary constitutional thought and the place of Indigenous differences therein. The Yale Group for the Study of Native America (YGSNA) will co-host the symposium with the Yale Political Theory Workshop to mark the 20th anniversary of this landmark work.

Tully’s work has foregrounded that the tradition of western constitutionalism is inseparable from the history of North American imperial projects. From the 1990s onward, he has established a bold theoretical program that understands North American legal and political thought as forged through encounters on the cultural and political frontiers of empire. A distinguished Professor at the University of Victoria, British Columbia, Tully is a founding member of the Indigenous Governance Graduate Program (IGOV) at UVic.

The symposium will open with a keynote address and panel discussion, co-hosted with the Yale Political Theory Workshop, at 16.00 on October 1. The event will continue with panel sessions on the morning and afternoon of October 2.