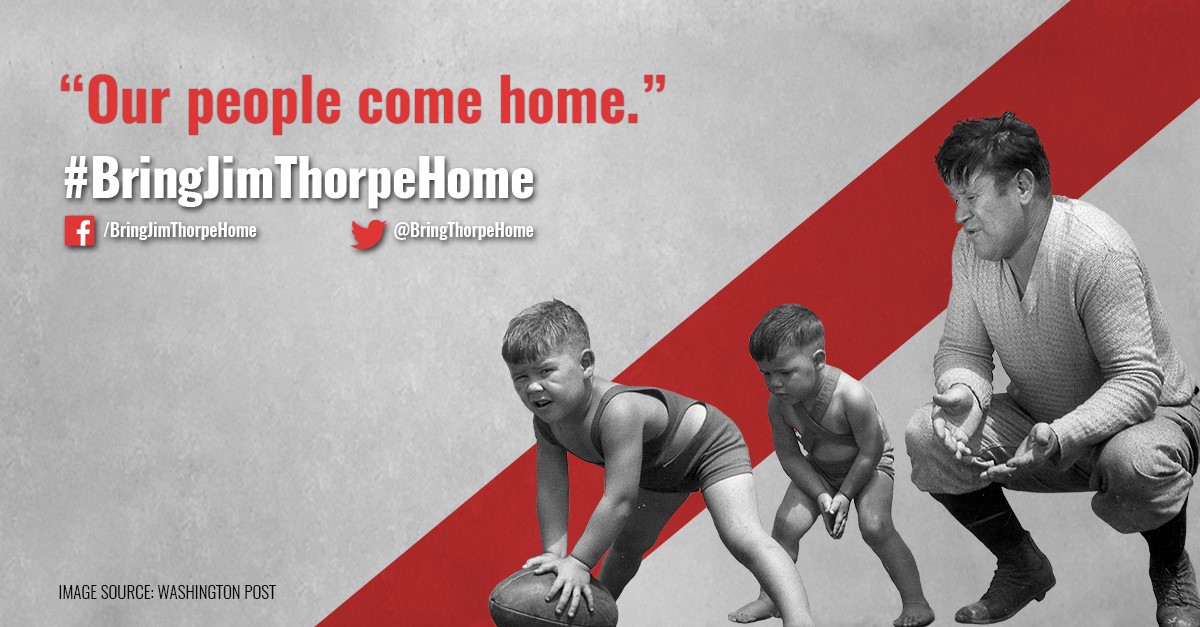 Presidential Medal of Freedom recipient Suzan Harjo and Playwright Mary Kathryn Nagle are returning to Yale for the Tuesday, September 15th production of their co-authored play, “My Father’s Bones.” With an entirely student cast, this innovative production examines the 62-year ordeal of the Sac and Fox Nation of Oklahoma to bring their most famous tribal member, Jim Thorpe, home for ceremonial and familial burial.

Widely regarded as one of the greatest athletes of all-time and multiple Olympic gold medalist and professional and collegiate football star, Thorpe’s 1953 passing and subsequent burial were bitterly contested by his tribe and Indian family who objected to his remains being sold and buried away from his community. “My Father’s Bones” examines this controversial history and traces the tribe and Thrope family’s ongoing legal and political efforts to return his remains, efforts that may bring their case to the U.S. Supreme Court.

This co-production brings both Nagle and Harjo back to Yale following their respective visits in Spring 2015. Both have long-standing involvements in American Indian legal and cultural productions, having worked for decades on various monumental legal efforts, including for Harjo the drafting of the Native American Graves Protection and Repatriation Act (1990) and the reauthorization of the Violence Against Women Act (2013), the later of which is the subject of Nagle’s acclaimed production, Sliver of A Full Moon.

The show will be begin at 630pm in the Crescent Underground Theater in the Stiles and Morse colleges with doors opening at 6pm.