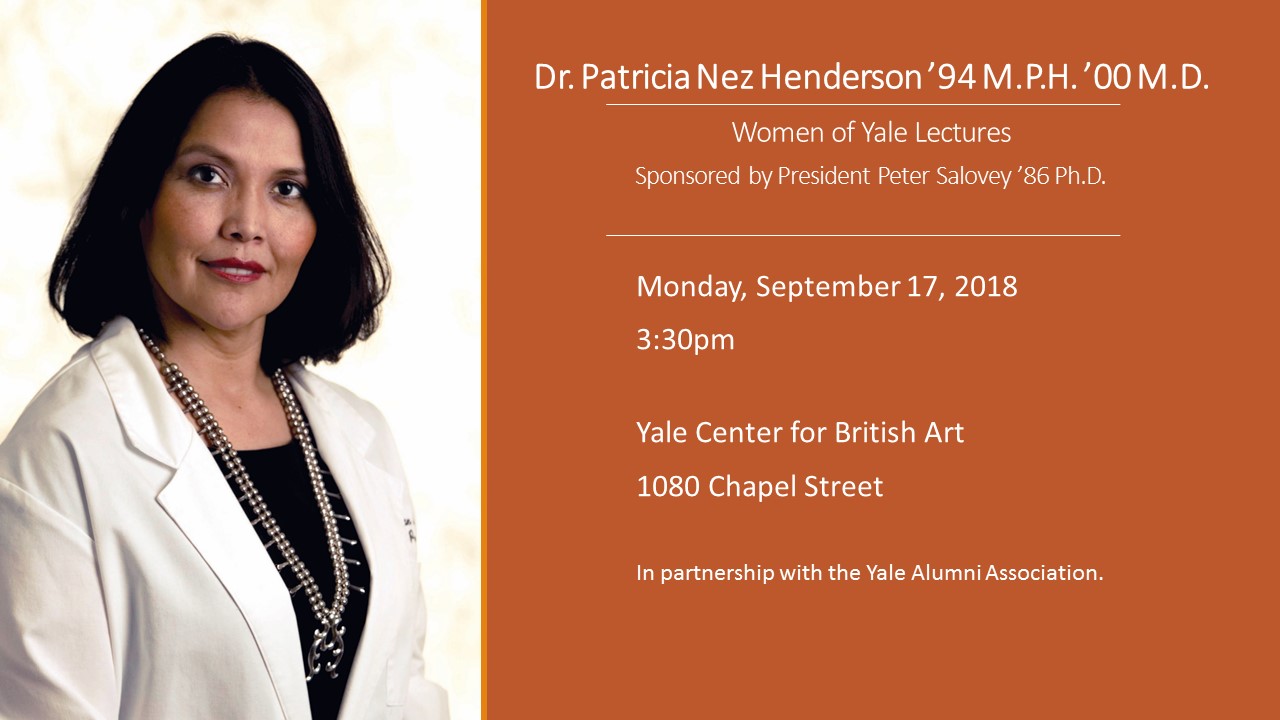 Join us for a conversation with Dr. Patricia Nez Henderson, M.D., M.P.H., at the Yale Center for British Art on September 17th from 3:30-5pm. The event is hosted by the Women at Yale Lecture Series–sponsored by Yale President Peter Salovey, ‘86 Ph.D.

Dr. Nez Henderson is vice president of the Black Hills Center for American Indian Health, a nonprofit organization in Rapid City, S.D. She has the distinction of being the first American Indian woman to graduate from Yale School of Medicine in 2000. She has been recognized for her work developing culturally tailored tobacco cessation programs and Web-based prevention programs for Native youth, and also for mobilizing the Navajo Nation towards tobacco-free legislation.

Dr. Nez Henderson was awarded the Henry Roe Cloud Alumni Medal in 2010. She also received the Ely S. Parker Award from the American Indian Science and Engineering Society in 2017.