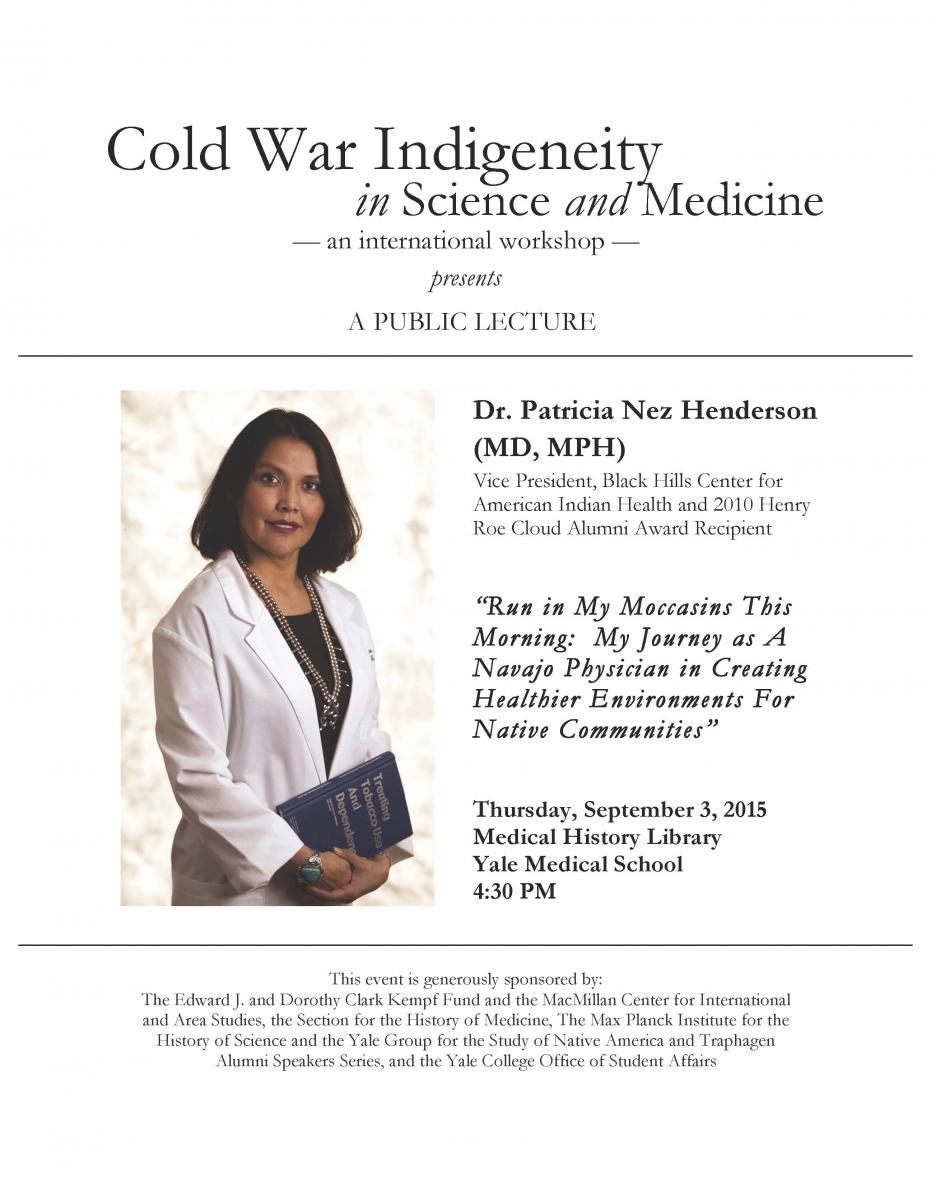 During the Cold War, indigenous cultures and their members’ bodies were recognized as uniquely relevant to science and biomedical research. In some cases this was because they appeared to be valuable resources to be mined. In others, indigenous people’s supposed resistance to modernization projects situated them as impediments to be overcome. In recent years, scholars and activists have begun to complicate these narratives to look at the manifold ways in which different indigenous communities shaped, sometimes undermined, and often transformed science and biomedicine.

This workshop will examine the various ways in which indigenous communities have contributed to Cold War knowledge projects, from vaccine research to genomics, from economic theory to structural linguistics and anthropology, and from pharmaceutical testing and development to communication technology. It is a timely effort to bring historians of science and medicine into conversation with indigenous studies scholars. Historians of science and medicine have only begun to attend to indigenous experience and indigenous studies scholars are increasingly recognizing science and medicine as productive domains for the exploration of issues including activism, identity, and sovereignty. Our goal is to identify new, multi-disciplinary conceptual and methodological approaches to the study of indigeneity, which—as a global political movement—has roots in the Cold War.

As Cold War studies have begun to shift their focus away from the East-West axis of American and Soviet struggle to the “global” Cold War, the circumstances of those living in other places have assumed center stage. Likewise, following the postcolonial turn, historians of science and medicine have begun to scrutinize knowledge production and transfer in global contexts. Historical perspectives on indigenous involvement in Cold War era science and medicine are also relevant to understanding contemporary social movements, inequality, and concerns about justice.

To assess the intricate relations between scientists, national administrations and indigenous people that resulted from these knowledge projects, it is important to consider the extent to which the geopolitical struggles of the “third world” nations have not been one-in-the-same as those facing indigenous peoples. Because the latter were so often regarded as “relics of the past,” they were not readily incorporated into the developmentalist schemes of the new nations in which they found themselves living. And while their military relevance might not have been high in many cases, as touchstones of (or challenges to) national identity they nevertheless served as resources for political argumentation or became objects of political conflicts.

Contributions to the workshop will explore how such indigenous communities were constructed—often in ways that were at odds with local understanding–as epistemic and, at the same time, as political entities. They will also focus on how members of various communities came to recognize themselves as political actors in ways that diverged from those imagined by science, biomedicine, or the nation-state. Papers will address specific encounters between scientists and communities as well as transnational and interdisciplinary research projects to address questions including: How were these groups were made objects of research? What were the conceptual premises and unquestioned assumptions that guided research? What were the practices of classifying, counting, sampling, addressing, characterizing employed in this research? And which imaginations of the groups’ past and present identity guided this research? How were the interventions of scientists resisted or appropriated by those under study?